This site uses cookies. By continuing to browse the site you are agreeing to our use of cookies. More info
Trekkie Dating 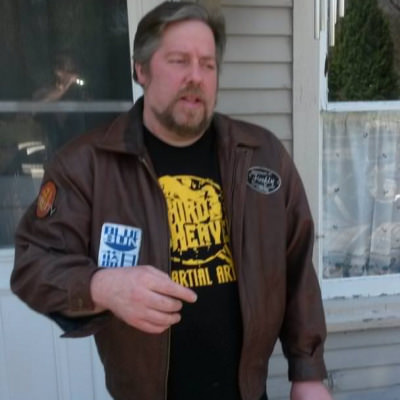 I don't like sports. or fishing. or NASCAR. I did go to a monster truck show once...the promoter got run over by one of the monster trucks and died. Not that that's at all relevant, just a strange anecdote.

What I do like is creativity and knowledge. I love learning new things.

I hate lying. If folks could just learn to own their bullsh*t and be honest with themselves and each other life would be a lot simpler.

I guess for the most part I'm looking for the same thing as everyone else. To find that someone with whom I can be myself(whatever horror that may entail). I'd like to meet someone who can keep up with my geek. Humor, yes humor is very important.

Kids...I don't have any myself but I have no problem dating someone with kids. And yeah, I understand that if you have kids they're your life and that you're a package deal I'd be disappointed if that wasn't the case...just wanted to get that out of the way. Frankly, meeting someone in my age group without kids is only slightly less problematic than finding Shangri-La.

Oh, and I own 2 cats(Manson and Berkowitz)*update:sadly,Manson passed away at the venerable age of 14. He is dearly missed by everyone who knew him. Truly a unique feline with more personality than some people I've met.* I adopted a monster cat named Casper so the count still stands at two.So if there's an allergy issue or just a general dislike, well..."Forewarned is Forearmed".

I want to shoot a trailer for a movie I'll never make.
I want to become a better communicator.
Oh yeah, I'm a bit of a geek.
And plotting my conquest....but I've said too much.

GENERAL:
I dig cars, especially from the muscle car era. My Monte Carlo is a grin-inducing joy to drive. Fast, loud, and unapologetic about the acres of rain forest that die every time I put my foot in the carburetor.

MUSIC:
Musical ly I'm all over the place. I like most types of music, I can even stomach a little bit of country.Though it is necessary to have a sick bag close at hand.

Last visit: Visible to members only!

Connect with sexy singles near you